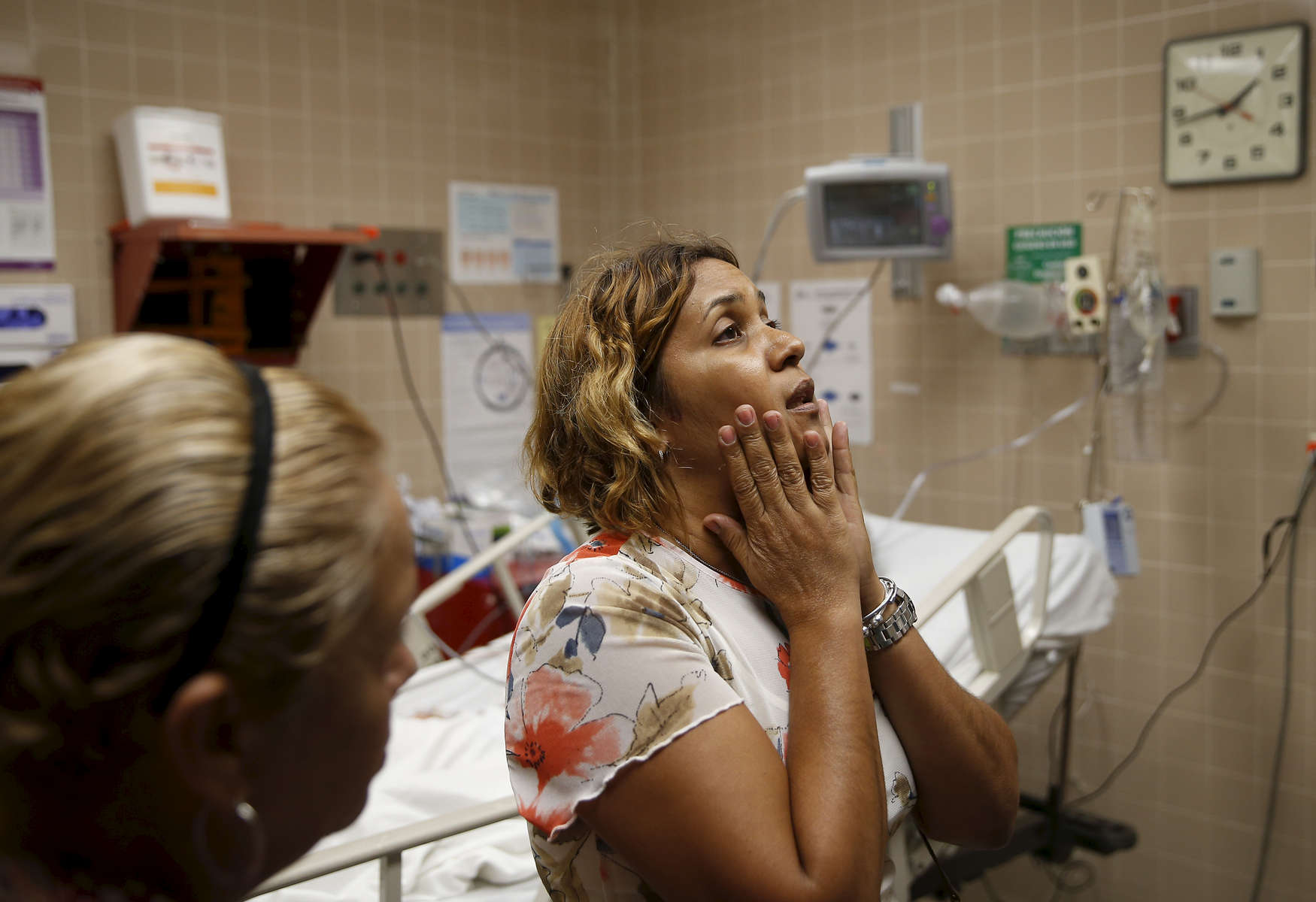 Caguas, Puerto Rico -- 9/29/2017 - Myriam Ruiz waits inside the emergency room where her father, Luis Alberto Ruiz, is being treated after attempting to hang himself with his belt. When Myriam found him behind their home, she began to scream. Moments later, two neighbors rushed over and helped pull his limp body down from the roof. There was no way to call an ambulance, so they carried him to their Jeep and sped to the hospital. Her father’s medical problems had gotten worse in recent weeks, she explained. He kept worrying about all the trouble he was causing her, and told her he would take care of it. “There was a lot of stress at the house,” she said. “The hurricane put him over the edge.”