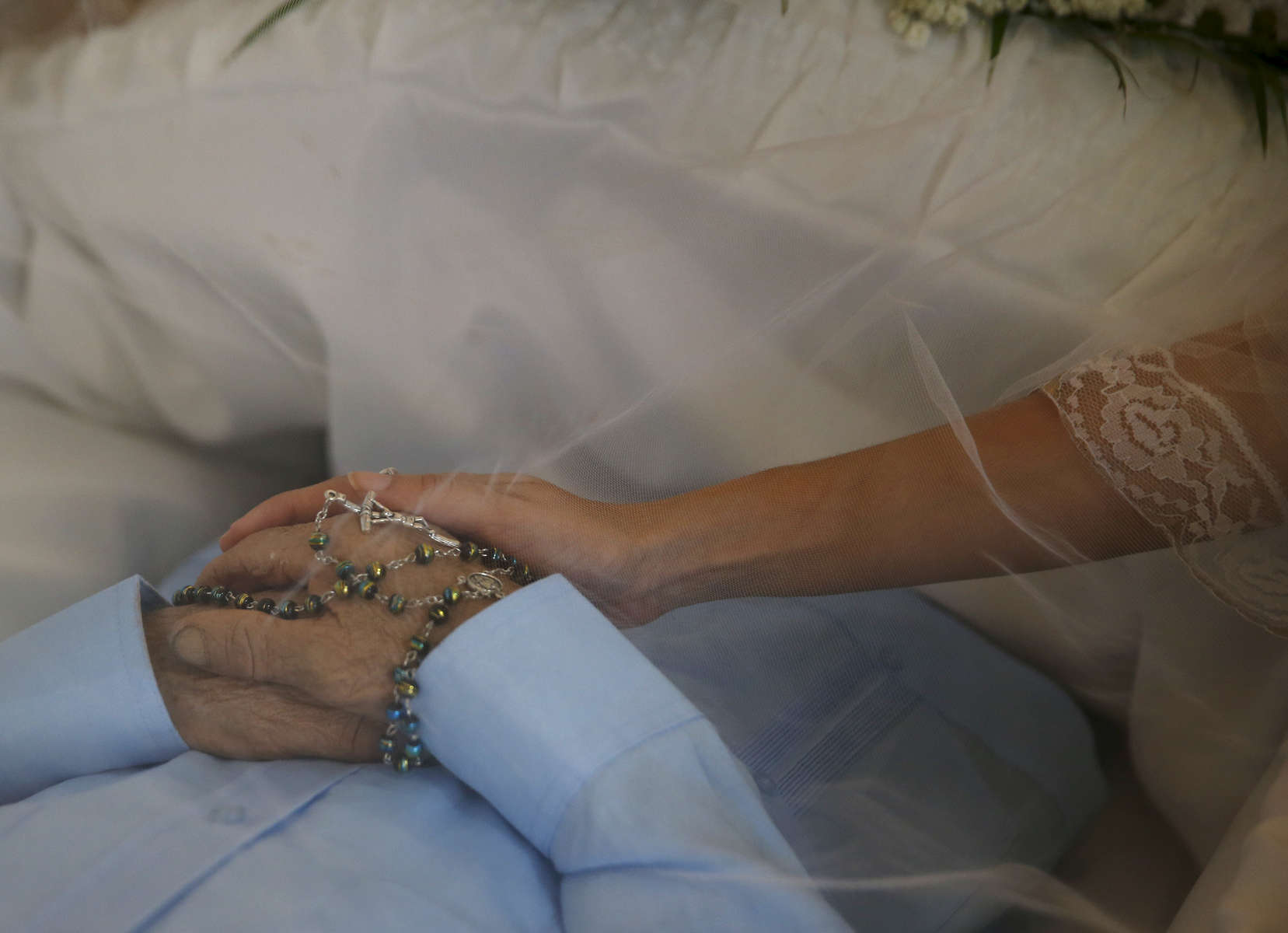 Corozal, Puerto Rico -- 10/02/2017 - Victor Ruiz's daughter reaches out to place her hand on her father during his wake in Corozal. After the wake, Ruiz's family gathered in a humid chapel, where a short-sleeved priest apologized for the lack of air conditioning and music. He noted how three of Ruiz’s children who live on the mainland were unable to come to the funeral, as it was too hard to get a flight after the hurricane. “We won’t let this get us down,” the priest said.