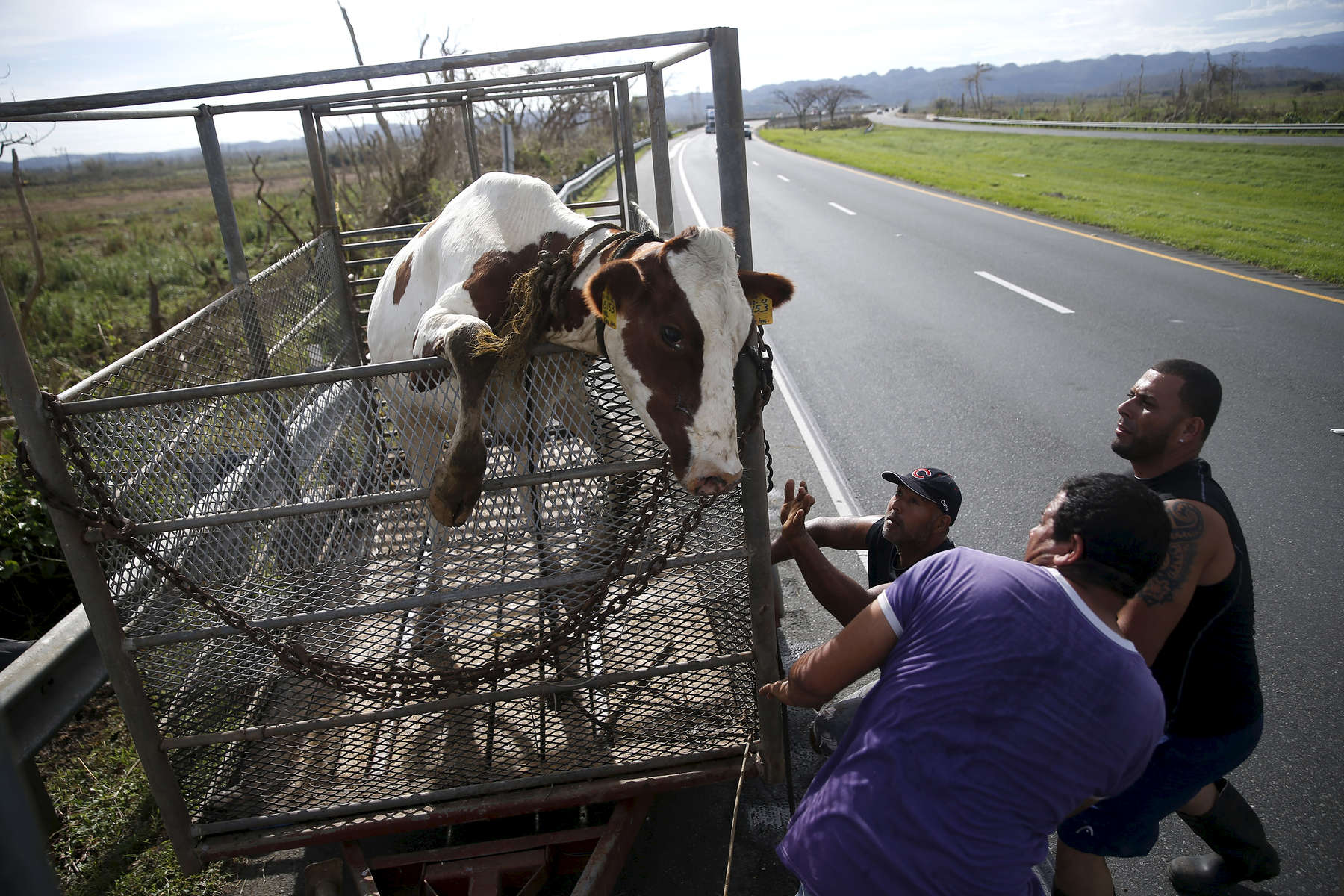 Arecibo, Puerto Rico -- 10/01/2017 - Jose Antonio Lopez’s dairy farm lost roughly 300 cattle in the storm. With many of his fences swept away, he hired wranglers to find the survivors that had escaped. Many of the cattle who remained were sick. Their grazing fields were now covered in mud and debris. Much of their alternate food supply had been destroyed and would likely have to be imported. The hurricane had cost his business some $6 million, Lopez estimated. “We need help,” he said. “We need it from the federal government.”