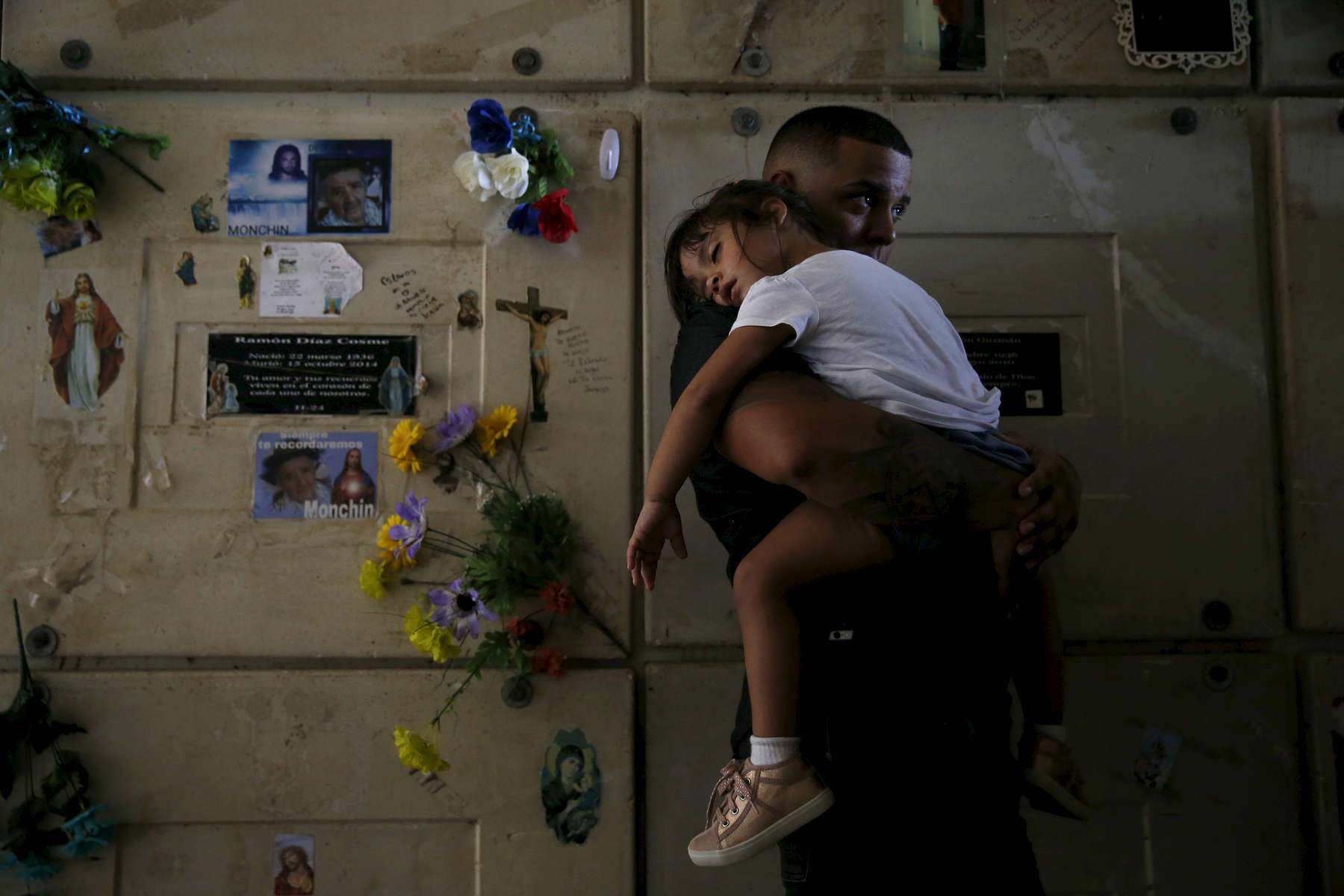 Corozal, Puerto Rico -- 10/02/2017 - Orlando Gonzalez holds his daughter, Nahielys, inside a mausoleum at their neighbor, Victor Ruiz's funeral. After the storm had knocked power out on the island, Ruiz had been using his car to charge the machine that helped him treat his emphysema. When he started to run low on fuel he went to a nearby gas station. He had waited over 35 hours in line when a nearby explosion sent a plume of smoke up into the air, causing the gas station to be evacuated. Ruiz made it home, but died in his car before he could get out. The death count has not included people like Ruiz, whose death was an indirect result of Hurricane Maria.