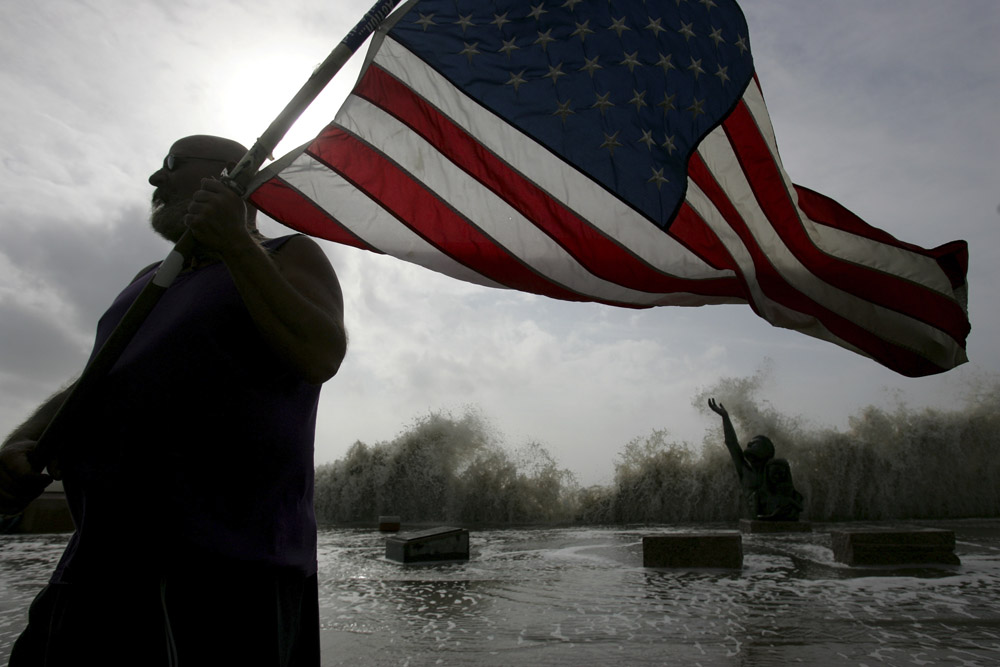 
Robert Shumake holds an American flag as high swells caused by Hurricane Ike break behind him in Galveston, Texas September 12, 2008. Hundreds of thousands of people fled coastal areas in the path of Hurricane Ike on Thursday as the storm gathered strength on a collision course with the Texas Gulf Coast, threatening to swamp populous areas around Houston under a massive wave of water.