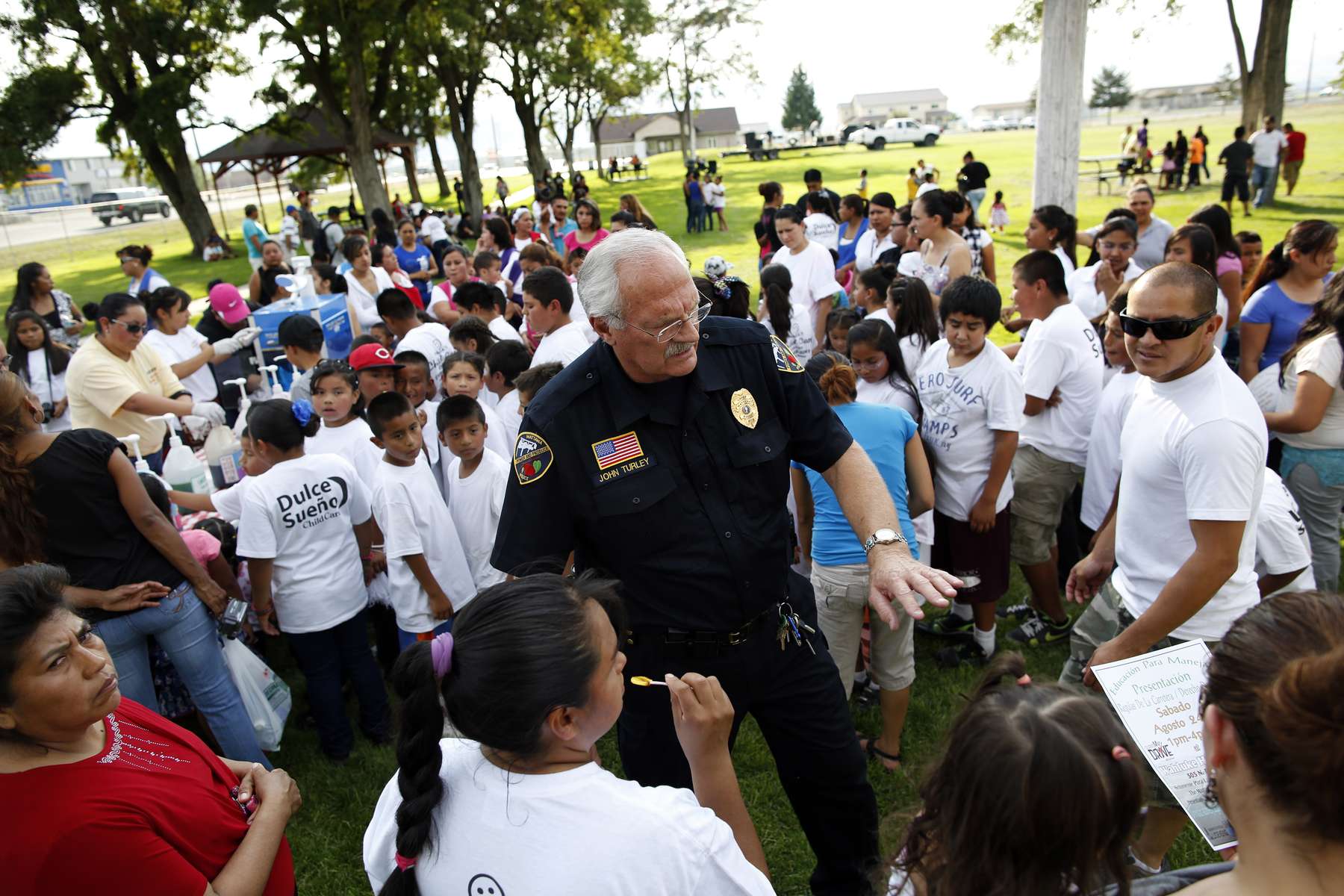 Mattawa Police Chief John Turley (C) hands out fliers for a community meeting on driver's safety that will be held entirely in Spanish during the Mattawa Community Day celebration in Mattawa, Washington August 23, 2013. Turley is the only one of four officers in the town who speaks Spanish.

Mayor Judy Esser, who has run the town for 23 years, says Mattawa has severe budget issues that prevent the city from hiring more police officers or improving city parks. She said nonprofits, such as the public housing authority, do not pay property taxes, and they own more than half the housing in town. As a result, the city collects taxes from less than half the residents to cover basic services, such as a water tower.