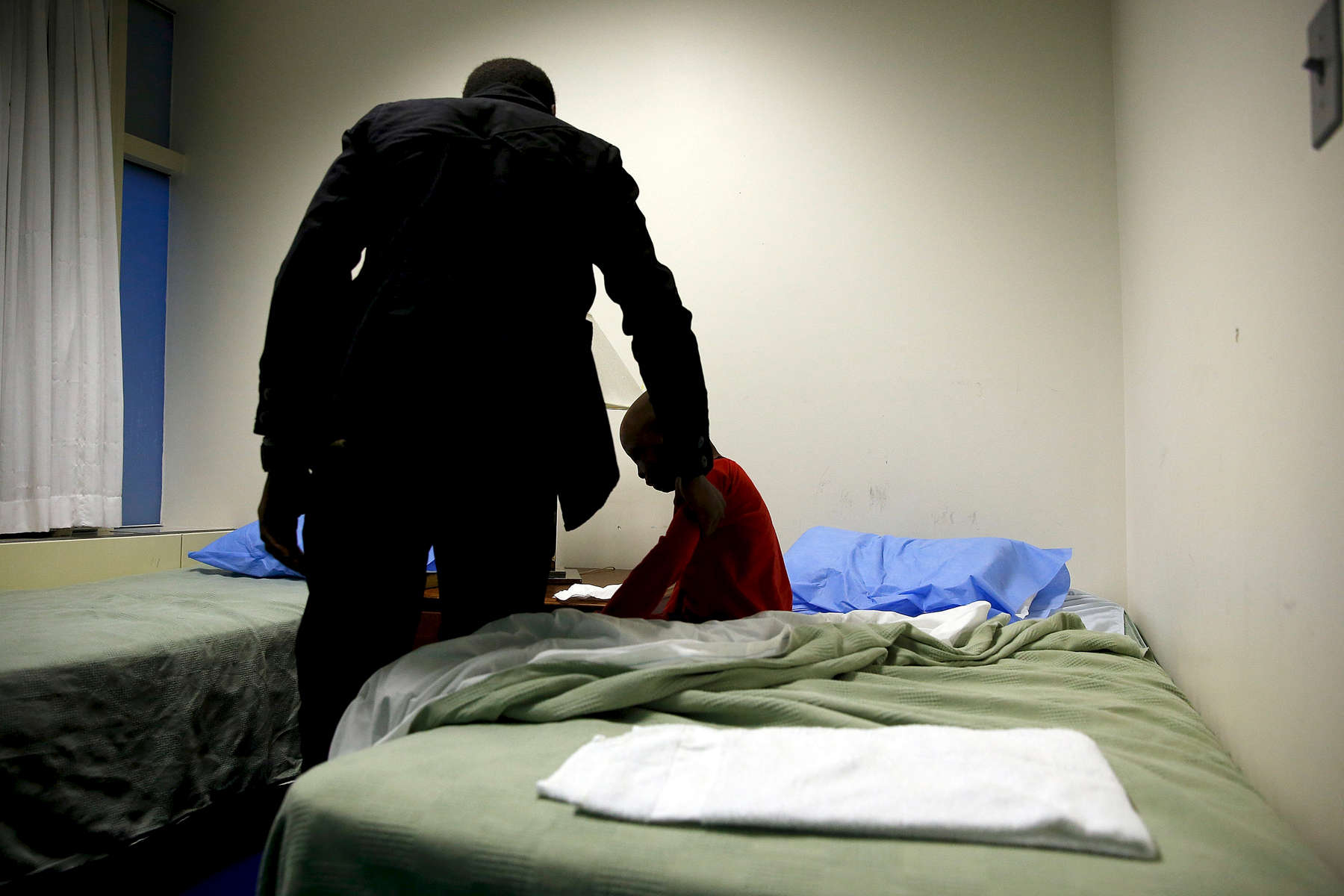 Alex woke Leo before the sun rose to prepare for surgery in a small guest room at Shriner's Hospital similar to the one they stayed in when they first arrived in the United States. When Alex and Leo first arrived in the United States, in late June of 2014, they knew almost no one. Bit by bit, they forged a community, a network of strangers who opened their homes to them.