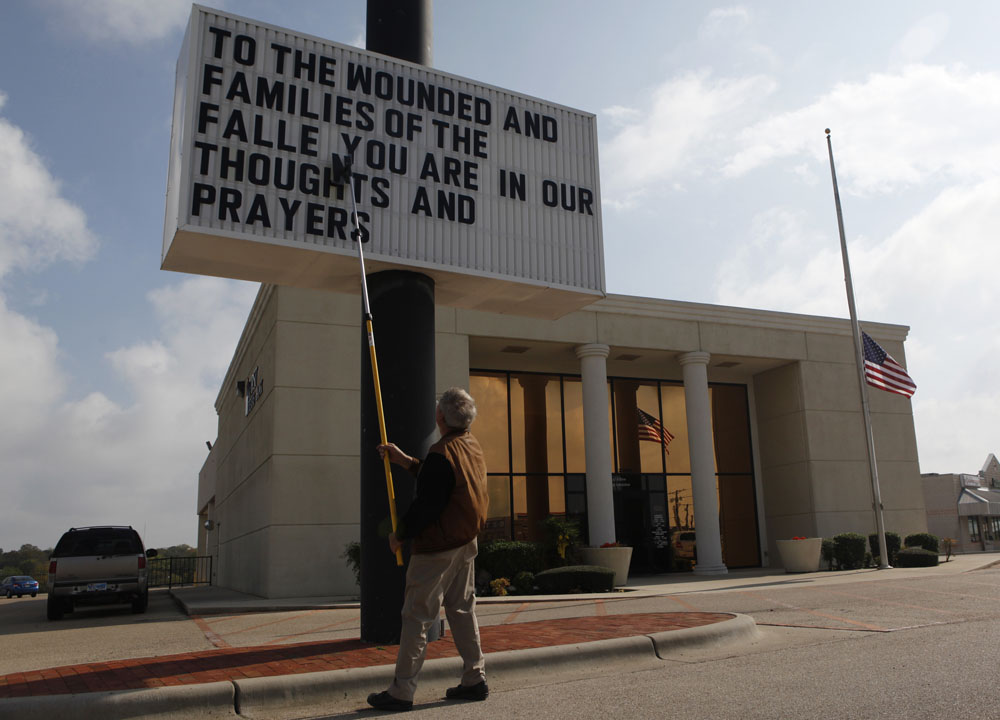 
Ken Thomas arranges a message to the wounded and the families of the victims of the Fort Hood shootings on a sign in Killeen, Texas November 9, 2009. Thirteen people died in the mass shooting Thursday at the sprawling U.S. Army base in Texas. An Army psychiatrist trained to treat war wounded is suspected in the killings. The suspect, Major Nidal Malik Hasan, a Muslim born in the United States of immigrant parents, was shot four times by police.