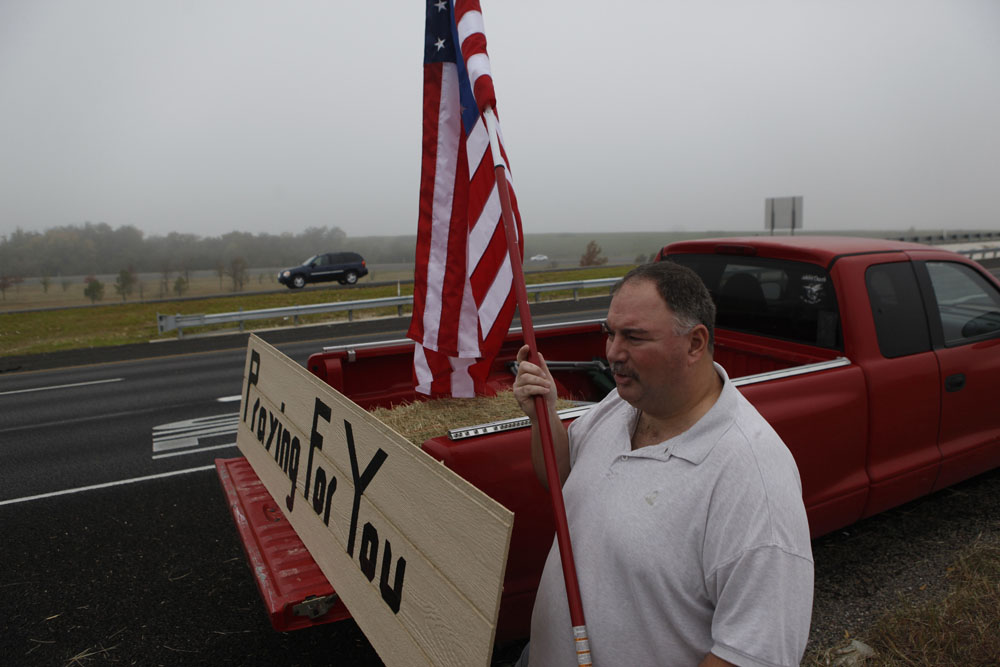 
Mark Rodgers holds an American flag and stands beside a sign on the back of his pick-up truck that reads, "Praying For You" along side the highway before the entrance for the Fort Hood Army post in Killeen, Texas November 8, 2009. The death toll from an Army psychiatrist who opened fire at the Fort Hood Army post rose to 13 on Friday, and Army officials said the suspected shooter was hospitalized and on a ventilator.