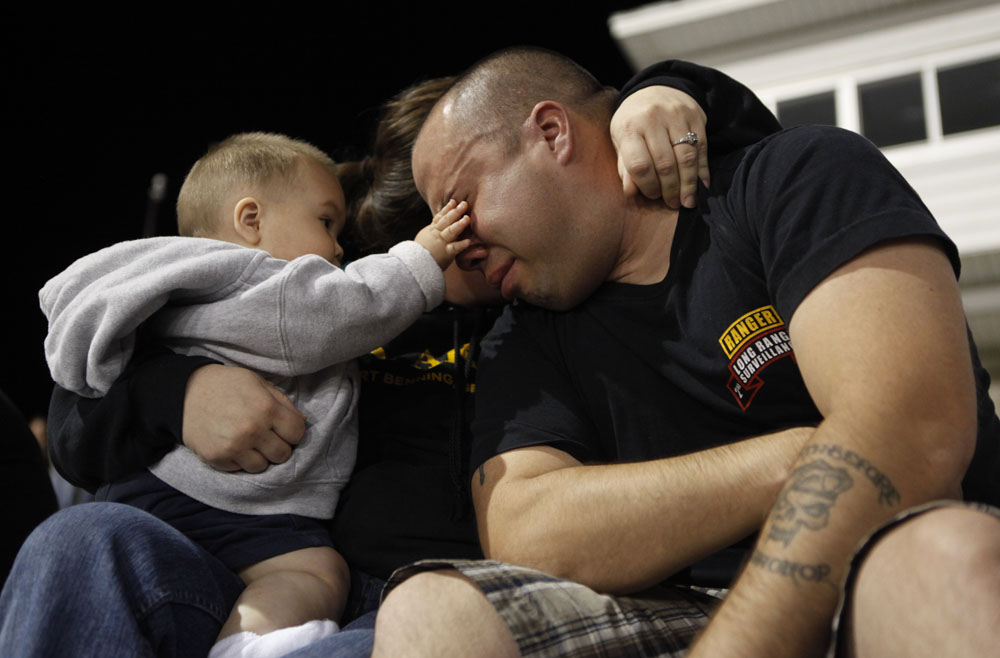 
Owen Rabago, (L), wipes a tear away from his father, Specialist Sheldon Rabago's face, (R), as his mother Nancy wraps her arms around both of them during a candle light vigil at Hood Stadium on the Fort Hood Army Post in Fort Hood, Texas November 6, 2009. The death toll from an Army psychiatrist who opened fire at the Fort Hood Army post rose to 13 on Friday, and Army officials said the suspected shooter was hospitalized and on a ventilator.